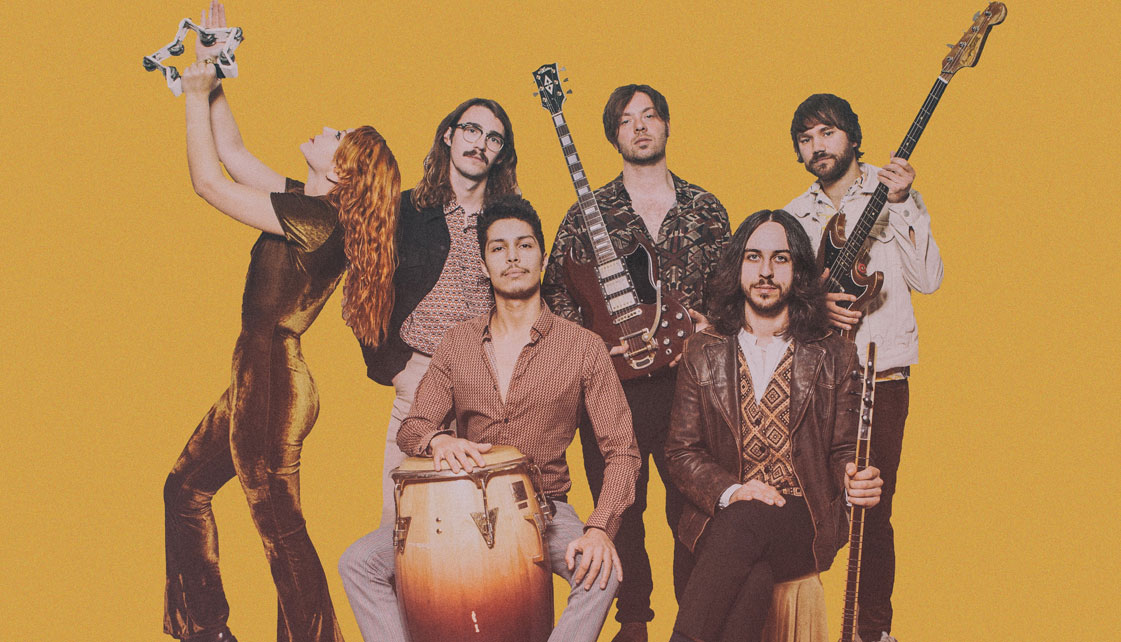 Bassist Jasper Verhulst discovered the 70’s Anatolian rock when he was in Istanbul for his Salon concert in December 2015. Captivated by the psychedelic sounds of Selda Bağcan, Barış Manço and Erkin Koray, Verhulst took guitarist Ben Rider and drummer Nic Mauskovic next to him. In search of Turkish musicians who can breathe new life into this music on Facebook, they met Erdinç Yıldız Ecevit who will be responsible for saz, vocals and keyboard, and Merve Daşdemir who will join the band with her vocals. The band took its final shape with the inclusion of percussionist Gino Droeneveld. Following the intense love they naturally encountered when they first came to Istanbul last October, they spent the year 2018 moving from city to city, and from festival to festival. Their first album On released in 2018 was met with great admiration and interest. Their cover of the song Halkalı Şeker accompanying a video of Alicia Keys swimming during her vacation put a huge smile on our faces. After appearing at festivals such as Le Guess Who, Beaches Brew, Lowlands, Best Kept Secret, Montreal Jazz Festival, Paléo and at various big venues including Paradiso and Gretchen, Altın Gün received a nod for their live performance by the jury of KEXP. The band took stage at the famous Gizzfest festival curated by another favourite band of the Salon audience; King Gizzard & The Lizard Wizard. Last November, we couldn’t get enough of Altın Gün at the three unforgettable Salon concerts where the tickets sold faster than the speed of light. The band is currently preparing to release their second album Gece on 26 April. We will be reunited with Altın Gün at Salon on 26, 27 and 28 April to listen to the songs on their latest album live before anyone else does and have three extremely enjoyable consecutive nights of music.

A restoration of the songs from the 70’s we know by heart, with a contemporary make that successfully retains the same spirit.